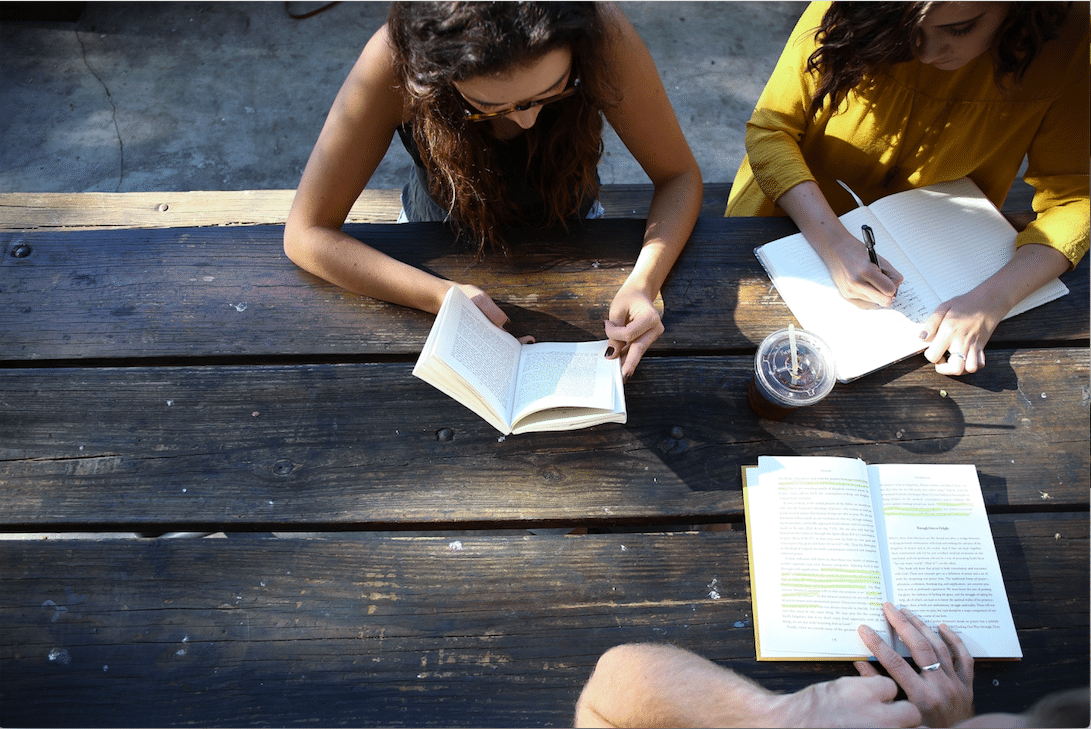 From the first time I considered taking the Profiler Training Certification course to the moment I decided to join, I had to think about the cost and benefits. It’s a massive time and financial commitment that I didn’t take lightly. In fact, with the exception of getting my Bachelor’s degree in Anthropology, it’s by far the most important educational course I’ve ever taken.

This program helped me realize just how massive and complex the Myers Briggs system is and all the elements that make it valuable (as well as its limitations). So if you’re considering joining the course, let me break down the four main components that I’ve learned in Profiler Training to give you a clear picture of what it’s like after you’ve registered.

Everyone into the Myers-Briggs system is familiar with dichotomies – Introvert/Extravert, Sensor/iNtuitive, Thinker/Feeler, and Judger/Perceiver. . But Profiler Training gives us a more nuanced understanding of what they really mean. For example, the difference between a Judger and a Perceiver isn’t as simple as “one cleans their room and the other one doesn’t.” It just means that one has an extraverted learning function whereas the other has an extraverted judging function.

When I first learned I was an INTJ back in high school, I didn’t resonate with the description at all, especially because of the Judger piece. It gave me a sense that I was ‘INTJ-ing incorrectly’ and the fact that my room was messy or that I didn’t have my entire life planned out must have disqualified me. However, I kept testing out consistently. I started questioned the test.

When I found out that there was a deeper understanding to all of this (and after I fully exhausted all of the free information around the dichotomies) I learned in Profiler Training that being a Judger has nothing to do with cleaning. Rather, your mental relationship with information and the way you organize your inner or outer world determines the difference. Perceivers organize information inside of their heads and so generally don’t mind if their outside world gets a little chaotic. Judgers have more free-formed thoughts which means they tend to prefer organization in the tangible, outside world. It’s not a black and white distinction.

I felt so relieved to learn this. It taught me that I didn’t have to fit the trend of the Judger stereotype. I could use organization as a tool when I needed to get my thoughts in check. I had permission to savor the mild chaos of my home in order to accomplish bigger goals instead of ‘keeping the house clean.’ So when trying to determine your J/P dichotomy, look out for the kind of information you’re organizing and where (the inner or outer world?). This sort of nuance exists throughout all dichotomies, and it reassured me about my type and revealed the comprehensive truth about the contrast between each letter, making it incredibly valuable information.

The most critical component that most people miss in the Myers Briggs system is cognitive functions. These are what detail exactly why your mind works the way it does. It removes the confusion between two types which can typically happen in dichotomy-only typing. With the cognitive functions, you are more likely to be accurate when profiling a person. These also help you learn the best path toward growth instead of relying on one-size fits all or using your type as an excuse to continue the comfortable behavior you’ve habituated. Sometimes these functions look similar to each other and it’s difficult determining whether someone is, say, an INTP or an INFP. Sometimes the dichotomies aren’t enough because you might say “Well, I think AND feel.” And you would be 100% correct. All human beings do both unless they have a neurological inconsistency. But your type determines what your strengths are and what functions help you grow yourself and add value to your life. Dichotomies aren’t enough to detail this kind of information. They only manage to give you a snapshot on why you might behave in a certain way, but cognitive functions specify why you think that way which leads to the behaviors you adopt.

I knew I was an Introvert, but cognitive functions taught me what that means for me. It has nothing to do with being shy, but rather that I lead with an introverted function (technically called Introverted Intuition) which requires alone time and absolute quiet in order to use appropriately. The function itself can’t work at its best unless there’s a lack of sensory input. I realized this when I attempted to force myself into a social butterfly role in high school, buying into the premise that everyone should strive to attain popularity. Now surrounded by constant chatter and noise, I ended up becoming extremely exhausted very quickly. It baffled me as to why I couldn’t enjoy gossip, achieve effortless likeability, or hold my own in a conversation. Turns out my dominant cognitive function needed nourishment with meditation and tranquility before even thinking about putting myself out there. There are lots of other needs besides this example that sate my dominant function, so I try to honor them as much as possible based on advice in the course.

This tool that Antonia came up with exposes the inherent fears each cognitive function is concerned with depending on where in the stack it is. In the FIRM Model, we learn that EJs have a fixation on control, IJs have a fixation on invulnerability, IPs have a fixation on being right, and EPs have a fixation on freedom. All of these are detailed out in the Profiler Training Certification course, what they mean for each type and how these unconscious fixations show up in how types manifest. This model has been imperative in my personal life for understanding why some of my friends can’t get over a particular problem or hesitate doing a specific action. For example, a few of them have a tendency to double down on incorrect information despite me having proof that their information is incomplete. When I ask them why they can’t see my perspective or at least talk through it, they push back with “I’m just right.” Because of the FIRM model, I remind myself to validate my Introverted Perceiver friends’ feeling or thought first, mentioning that they are competent and that their idea or emotion is valid, and then insert my perspective afterward using “yes, and” language.

I’ve also noticed my proclivity to behaviors that I think protect me despite them not adequately serving me. From post-puberty to this day, I have cried in front of two people, period. Sharing my genuine emotions feels dangerous and puts me in a vulnerable position, so I tend to unconsciously build strategies to shield my true feelings which make people perceive me as completely calm and not in need of anything, ever. That perception couldn’t be further from the truth! But admitting that I need help or want intimacy is almost as difficult as swimming in the Sahara Desert with handcuffed limbs in July. It doesn’t seem feasible or pleasant. And yet I would always wonder why it was so tough to make friends. When I realized that the unconscious fear for Introverted Intuition (Ni) is vulnerability, I suddenly realized why I had such a tough time reaching out to others. Thankfully, I also had the solution to this challenge by understanding the fixation of my Co-Pilot process Extraverted Thinking (Te). I think I pay the most attention to the FIRM model in the current stage of my growth trajectory. 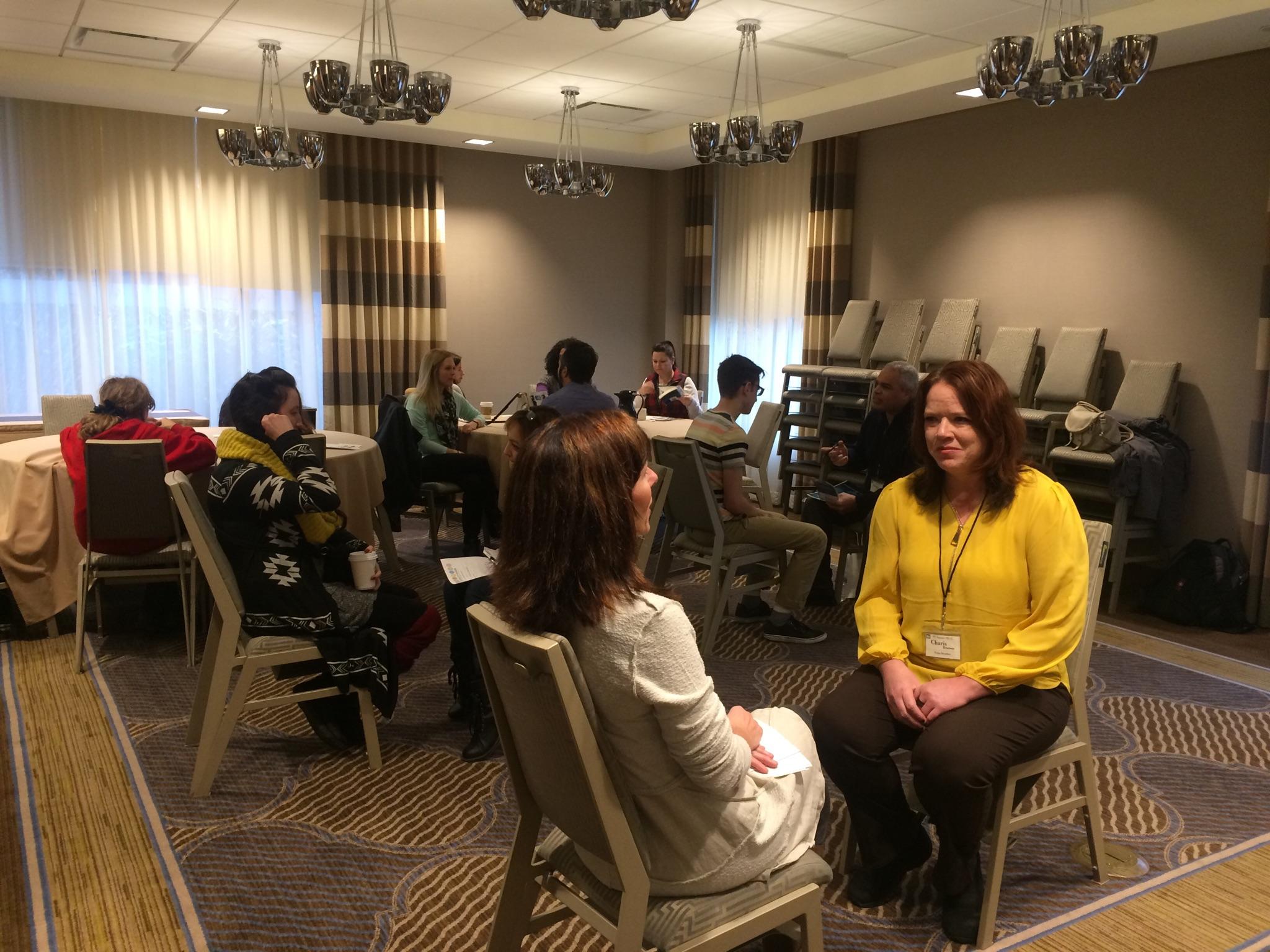 The Profiler Training Summit is a live event that was created to meet the expressed needs of the 2016 iteration of the course. During the beginning of that year, the program consisted of video recordings with the peer interaction in the Q&A. I found myself missing face-to-face interaction with other students in the class, with Facebook discussions helping but not quite sating my desire to connect and get clarity. Many people felt uncomfortable contacting Joel and Antonia directly. They responded to the feedback of their students and began planning the Profiler Training Live Event. It turned out to be an incredible success. We finally were able to put faces to the names and voices of the other students in the class, and we had the opportunity to personally connect with Joel and Antonia. Everyone now feels so comfortable communicating with each other and it definitely feels a lot more intimate. We achieved a tribe vibe and there was an amazing energy throughout the entire weekend socializing with like minds. The live events will continue to happen now in response to the needs expressed in the previous iteration of the program.

All new students to Profiler Training have access to this event, and I want to emphasize it’s well worth the time and effort to connect with your fellow students.

Is Profiler Training Right For You?

I can’t tell you if the course is right for you. All I can say is that it literally changed my life. When I joined, I intended to understand people better. Now I know I have the potential to help others understand each other. Profiler Training has opened my eyes to the possibilities of helping the world overcome challenges, and as I build up my education and skill set, the more sophisticated successes I will achieve.

If you think this course is right for you, join us here:

Share
Pin1
Tweet
Share
1 Shares
Four Reasons To join The Profiler Training Course2016-12-122017-04-01//personalityhacker.com/wp-content/uploads/logo-dark.pngPersonality Type and Personal Growth | Personality Hackerhttps://personalityhacker.com/wp-content/uploads/Personalityhacker.com-Profiler-Training.png200px200px
About
Chelsea Irish
Chelsea writes articles on typology systems and on controversial topics. She is a humble student of life who hopes to gather people into a tribe that honors peace, intimacy, depth and experimentation. Every year, she challenges herself by attempting creative missions, broadening her skillset and expanding her worldview in multiple ways.
Showing 2 comments 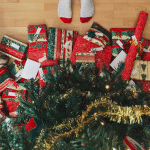 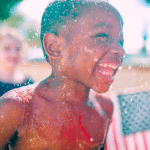