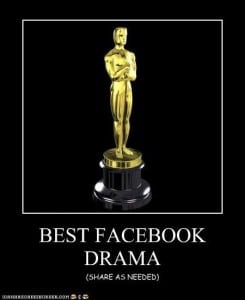 Well, I finally did it. I finally got into a Facebook dispute with someone. After years of avoiding any drama, I found myself resisting peace, showing off my exceptional ability to hit a person right where it hurts, and maneuver it so that the other person came across as the asshole.

Ugh. After all the work I put into dealing with my own shit, how did I let myself manufacture the circumstances and find myself indulging in drama?

This isn’t unique for people of my type, for I am an ENTP (Exploration/Accuracy in the Genius System), and when we’re at an average to unhealthy level of development we can’t resist a good verbal kerfuffle. We congratulate ourselves on our wit and see everyone else as ‘bringing a knife to a gun fight.’

If I want to, I can crush another person’s spirit without them quite knowing what I’ve just done. And, of course, dance away unscathed and delighted with my conquest.

…for about ten minutes. Then all of a sudden the damaging impact I’ve had on another human being comes crashing down on me, and I get a poignant, clarifying thought: “Oh, wait. I’M the asshole.”

If you’ve read the article Personality Tools: The Car Model, you’ll know that my Co-Pilot process is “Accuracy” and my 10 Year Old is “Harmony.” Accuracy‘s greatest desire is to have accurate data, and people’s messy emotions get in the way of that data.

If you have Accuracy as part of your genius, you’ll understand when I say that there’s only so much ‘social truth’ you can take – Yes, you do look fat in that dress, and no you don’t have the cutest baby ever. Not that an Accuracy person has to say these things, but it can become tiring to have to play the game in order to preserve other people’s emotions.

On the flip side, the process of Harmony is all about connecting with another human being, ideally through a shared emotional experience. Connecting with others is the most rewarding activity Harmony engages in, and so if you need to gloss over subjective truths anyway, why wouldn’t you do so for the sake of the other person? No, you don’t look fat in that dress, and my god you have the cutest baby of all time (even if it’s only the cutest to you, that still counts).

When it comes to our Co-Pilot and 10 Year Old processes, we tend to figure them out by being pulled in both directions, and it can make us feel like we don’t really know what we’re doing.

My Co-Pilot process of Accuracy is intended to be used for radical honesty, but how much honesty is too much? If I say the wrong thing and offend someone else, should I see that as their problem, or should I take responsibility for the offense? 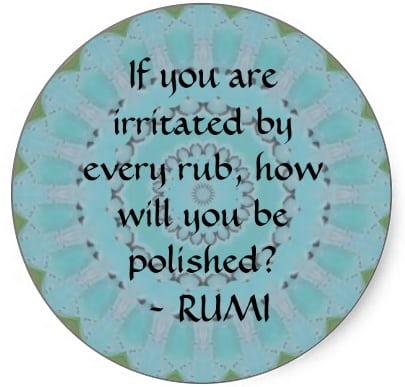 The unhelpful but most honest answer is: it’s contextual. Some offense is not only warranted, it’s healthy. As Rumi says, “If you are irritated by every rub, how will your mirror be polished?” Alternatively, some offense is hard to justify, especially if the other person is in a unusually vulnerable position. (I say “unusually” intentionally. Everyone gets low sometimes, and will devolve into their own ego games. However, if you are perpetually vulnerable, it’s on you to try to rectify that.)

Honing and developing my Co-Pilot process – the highest leverage activity I can do for growth – means sorting through these nuances. At which point does my Accuracy stop being a super power, and start becoming merely obnoxious?

I’ve long said it’s when it stops being in the other person’s best interest, and starts being about me getting what I want at their expense. If I’m using radical honesty to hurt the other person then I’m abusing it as a tool. By the same token, some people ‘need the spanking they never got as children.’ Am I the one to ‘spank’ them verbally if I see them as behaving in a manipulative or childish way? Is that my place or my business? What if they turn it on me and I’m the recipient of their attempts to be manipulative? Then does it become my business?

As an ENTP, these are tough questions to answer.

So, I go back to the Car Model.

My Driver process is Exploration – meaning, I like to figure things out in the moment and test/iterate. For most things, it’s a fun process to have. For people, it means I’ve built an understanding of human relationships and dynamics on failure after failure.

I have a sixth sense about people, but only because I’ve been poking and prodding them my entire life to see how they’ll respond.

Eventually, my Driver became sophisticated enough to stop poking people all the time, and that’s in part because my Co-Pilot process of Accuracy realized hurting others to cull information doesn’t really show integrity. One would think Accuracy would have no problem exploiting others for data, and at low levels it seems to be creepily okay with it (reference: all painful medical experiments done on living people). At higher levels, though, Accuracy is extremely egalitarian and doesn’t see how it’s my right to put you in a bad position.

And while I’d like to say I stopped being obnoxious with people based entirely on staying in ‘integrity,’ there’s also a large smattering of just wanting people to like me. People don’t seem to like me if I’m acting like a dick just to see how they’ll respond. People don’t like to be dehumanized, weirdly enough. And so my 10 Year Old of Harmony would get really uncomfortable when my social stock would plummet.

Thus was born the push/pull relationship of my Accuracy/Harmony. Stay honest, don’t blow smoke up people’s asses, call truth as you see it… and try not to have everyone hate you.

On top of that, I also need to be in alignment with my primary mission: to encourage personal development and growth in everyone. That doesn’t mean I’m responsible for it; it just means I’m going to be congruent with that mission.

So, it comes down to utilizing both processes to the best of my ability and with a large helping of altruism. If I take my previous sentence:

“Call truth as you see it… and try not to have everyone hate you.”

And change it to:

“Call truth as you see it… and try to do so in a spirit of love, focusing on a win/win.”

When you look at the Long Game of Life, creating win/wins can take time. Feeding someone else’s unhealthy social habit isn’t encouraging them to ‘win.’ It’s actually pointing them in the direction of ‘lose’ and encouraging them down that road. One of my favorite quotes about co-dependence is from my good friend Camronn who said, “Co-dependence is a relationship where both parties have the unspoken contract ‘I won’t call you on your shit if you don’t call me on mine.'”

As long as we enter co-dependent relationships, we aren’t encouraging other people to win. By the same token, calling each other out on the areas we need some polishing (or, a lot of polishing) means they’ll probably get hurt and offended initially and only think of you in positive terms much further down the line, if ever. It decreases their immediate happiness but qualifies them for a far greater experience of pleasure later.

All of that said, most of our experiences with other people aren’t coaching sessions. We get short, staccato interactions with others in which we have to make quick decisions about how we’ll behave, what we’ll choose to call out and what we’ll choose to ignore, and whether or not it’s worth it to cause some temporary upheaval for long-term gain.

Personal development is hard work, which is why most people don’t consciously do it; which means that for a certain segment of the population you’re not encouraging them to do anything but nurse wounds. They’re not going to learn from the experience of calling them on their behavior, so it’s short term pain with no gain.

As I develop as an ENTP, getting more and more refined in this inner battle is propelling me to new heights. And, of course, every time I ‘fail’ I learn something more about my ego. Why did my ego (or, “I” as we tend to refer to our egos) feel it needed to call that person out? Was it because there was a legitimate issue that needed rectifying, or was it out of personal conceit and a desire to be right? And if it’s both, which side is behavior favoring? 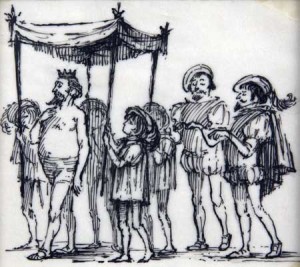 Sometimes I see myself as a righteous defender of Truth, the person who will point out that the Emperor has no clothes on when everyone else is pretending he does. And other days I just think I’m self-congratulatory and smug. I’m both, of course, with a bunch of other flattering and not-so-flattering things thrown into the mix.

In summary? No matter what type you are, there’s going to be that one Life Puzzle to solve that seems so easy for everyone else, but will occupy you (possibly) for life. Cherish that puzzle – it’s a large part of your personal journey. The better you get at it, the more nuance you see in that puzzle, the better the impact you have on your own life and others.

In the particular instance of the Facebook drama, I was insensitive, and I was righteous. So, my responsibility now is to apologize for my insensitivity and let the other person determine if they want my version of the truth. I think it would work out for them if they accepted it, but that’s not on me.

Ultimately, I call out the Emperor’s delusion, not for him, but for me. To stay true and congruent, and hopefully be a positive influence more by example than any words I could ever say. 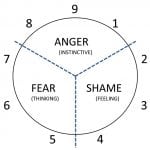 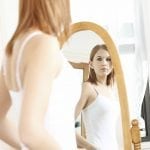