INFJ Survey: 5 Things INFJs Wish They Had Known as Teens

Otto Kroeger once said, “INFJs nonstop search for learning, self-growth, and development—and wishing the same for everyone else—makes them very reassuring to others and people worth emulating.”

INFJs are sincere, sympathetic, unassuming, easygoing and reserved. Their personal values include spirituality, learning, and community service. They can often be found in careers that involve religion, counseling, teaching, healing, or the arts.

They represent only 1.5% of the population, with females outnumbering males only slightly. This makes them the least common type in the human population.

They are known for their high GPAs in college and they usually stay in college, unlike some of the other Intuitive types.

INFJs are the most likely of any type to seek therapy and they rank highest of all types in marital dissatisfaction.

In a recent survey of INFJs we asked four questions:

Almost 500 INFJs opened up and shared their complicated inner world with us! In this article, I would like to focus on the last of the four survey questions –What do you wish you could have told your 15 year old self ?

Many of the answers shared some common themes. So, I have broken them all down to 5 items INFJs wish they had known when they were 15 years old, in order of frequency.

#1 Don’t Allow Others to Define Who You Are

This was by far the most common thing INFJs reported as something they wished they could change. As an INFJ myself, I found this extremely enlightening. I looked back on a life of service to the beliefs of others and wondered if it was cowardice or love that forced me to succumb. I have a paralyzing fear of hurting or disappointing those I love. And because of that, I’ve only just begun living life on my terms. This seems to be a theme for Extraverted Feelers.

18% of INFJs said they wished they hadn’t given so much power to others.

INFJs dominant mental process is Introverted Intuition (“Perspectives” in the Genius system). This process feels great when it is given lots of time to drift, all alone, in peace and quiet. My favorite place in the world is a graveyard in the middle of the night. It’s dark, so there is no sensory stimulation. I don’t have to worry about anybody interrupting me. And there is profound stillness and awe in a place dedicated to the dead. I’ve often spent entire nights just letting my mind drift from one thing to another. I never get bored.

It may be due to this love of our inner world that INFJs struggle with motivation. 11% of INFJs surveyed wish they had tested the boundaries more.

#3 Everything is Going To Be Okay

The third most common piece of advice INFJs would offer themselves was some much needed insight into the future. Teenagers are notoriously myopic. Perspectives is a future focused process and in its undeveloped state it can become paranoid and fearful of the future. So, although most of the surveys thus far have had this piece of advice, it means something extra special to INFJs.

9% of INFJs would tell themselves the future is bright. An additional 5% would tell their younger selves to stay present and stop obsessing over what may never happen.

#4 Stop Being So Hard On Yourself

INFJs auxiliary cognitive function is Extraverted Feeling (“Harmony” in the Genius system). This function concerns itself with getting the needs of everyone around it met. INFJs are particularly good at this because they lead with Perspectives, which gives them special insight into people’s motivations and desires. The dream team combination of Harmony and Perspectives is not perfect, however. Every now and then, an INFJ will say or do something that receives negative feedback from the outside world. This cuts the INFJ to the core because they honestly expect better of themselves. I have been known to torture myself for decades over the thoughtless things I have said or done.

8% of INFJs wish they could tell their younger selves to ease up on the self-criticism. An additional 4% would like their adolescent self to stop obsessing over being perfect.

#5 There is Nothing Wrong With You

As is true with all the Intuitive surveys thus far, INFJs acknowledge their differences and the pain which comes along with being a Fruit Loop in a world of Cheerios.

7% of INFJs would tell their younger selves that there is absolutely nothing wrong with them. Another  6% wish they could have been more comfortable with who they were.

I have a vivid memory that has defined my life. At the age of 13, I remember making the choice to never feel again. I was sitting on the floor of my bedroom, my back against the door, and I was sobbing for the hundredth time over injustices I thought my family was experiencing. I knew to the very marrow of my bones that life was never going to get any better. The pain would never stop. My only apparent option was to become a robot.

And it worked. I never shed another tear. Not even at my mother’s funeral when I was 19. My voice flattened and became emotionless. My face became a permanent mask of controlled expression. My body hardened to reflect the shell I was hiding behind.

Now at the age of 43 I am trying to regain my connection to myself and the world. But what did I lose along the way? What connections were never made and what lessons were never learned? I may be a lot further along in my development if I hadn’t shut it all down 30 years ago.

Apparently, I am not alone. 5.5% of INFJs would tell their younger selves to hold onto their humanity, no matter the cost. An additional 3% would plead with themselves to always remember kindness when dealing with others.

We would love to hear more about the advice INFJs would give to their teenage selves. Please share them in the comments below.

Share50
Pin285
Tweet
Share
335 Shares
INFJ Survey: 5 Things INFJs Wish They Had Known as Teens2015-10-302016-06-23//personalityhacker.com/wp-content/uploads/logo-dark.pngPersonality Type and Personal Growth | Personality Hackerhttps://personalityhacker.com/wp-content/uploads/personalityhacker.com_INFJ-survey.jpg200px200px
About
Charis Branson
Charis Branson is an INFJ. She learned the Myers-Briggs system by working and studying with Personality Hacker for almost ten years. She currently uses her skills in typology to help people find the best versions of themselves. For more information on Charis's coaching practice, visit her website at charisbranson.com
Showing 69 comments 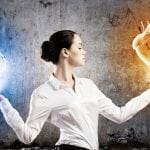 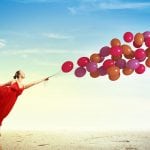