What’s the Best Type in the Myers-Briggs System? XXXX? 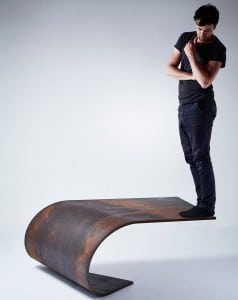 I’ve heard it said that the best type in the Myers-Briggs system is perfectly split on all four letters, or an XXXX. (This would mean being perfectly balanced on all four characteristics of Introversion/Extraversion, Intuition/Sensing, Thinking/Feeling, Judging/Perceiving.)

Being balanced is an understandable desire. Often we’re rewarded for working hard on our weaknesses. However, asking how to be All Things for All People is the wrong question. A better question is, “What will give me the greatest return on my effort?” When we work in our strengths we find ourselves shifting into a natural flow state. We get more done, we do so with increasing energy and we feel like we’re accomplishing what we are here to do.

There’s always a trade-off to specialization

It means we limit our options in the broad scope, and yes – we will be worse at some things than we are at others. But if Michael Jordan had wanted to be an ‘all around good athlete’ by splitting his time between basketball, hockey, tennis, and Frisbee golf, someone else’s name would be synonymous with basketball – someone who had spent all their time practicing basketball. Someone who had specialized. In the book “Outliers,” Malcolm Gladwell shows that the greatest of the greats – the world class athletes, musicians, and businessmen of the world – get there by practicing their craft for at least 10,000 hours. That’s three hours a day, seven days a week for over ten years. That means specialization, limiting the focus to a single set of pursuits. Tiger Woods with golf, Bill Gates with programming, and the Beatles with music – would anyone argue that they had chosen to spend their time poorly because they weren’t ‘well rounded’? Would anyone call them ‘limited’?

You have gifts and talents no matter your Myers-Briggs type

You have gifts and talents that you have spent more time perfecting than the vast majority of people. But we can get tripped up when we are unable to put language to our talents. They aren’t simply things you can do, they relate to who you are, how you experience life. It’s like a fish trying to describe water – how does one describe the lenses through which they see the entire world? However, once you can identify these strengths, specialization becomes much simpler. Even better, orchestrating your life to capitalize on the strengths of your Myers-Briggs type is within your grasp. And the stuff you suck at? Well, someone else has clocked a ton of time specializing in those arenas as their gifts, and then it becomes a simple matter of distribution. You don’t want to be an XXXX. You want to be you. The specialized, optimized you. 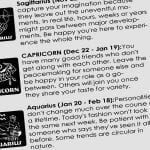 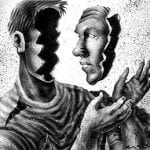