Patterns and Causes of INFP Wounding

The depth in which an INFP can feel emotions is extraordinary. The INFPs ability to relate to humankind’s joy and struggle is what makes them so necessary to the planet as a whole. This wisdom and insight is where morals and standards of behavior are born, and without this gift of conscience the world would be lost. This conscience is what separates us from both machines and animals and allows us to have our uniquely important human experience. Thank heaven for INFPs!

But this depth of contribution comes with a very specific price: exhaustion. The pain of disconnect and the lack of kindness within the human race triggers INFPs into the “hero” mode, where they wear themselves out for the benefit of the greater good.  As the champions of sovereignty and individuality, INFPs get exhausted in the service of others, while denying these qualities within themselves.

Only INFPs, and a few others, really understand the depth of value they offer to the world. The subtle way in which an INFP manipulates others’ emotions is masterful, and the end results can be wonderful. Those fortunate enough to be around healthy INFPs feel like they can achieve anything. The rich inner world of the INFP, and their interpretation of endless possibilities, can give us hope and a welcomed distraction in our times of struggle. They allow us an escape into a dream world where anything is possible, and in which we can feel safe and loved.

Healthy INFPs take it even further. They are masters at helping us choose a powerful story for our lives. They then follow it up by helping us build bridges from our current reality into a newly discovered story. And they do all this while facilitating us to stay authentic to the journey at hand. What a gift!

What most INFPs struggle with is to stay present and authentic to their own work when there is so much more that they “should” do for others. INFPs can even go so far as to sacrifice themselves, and live an inauthentic life, so that someone else can actualize their dreams. This, of course, eventually leads to resentment and emotional outbursts.

What stands in the way of full actualization of a balanced INFP is the following patterning:

Instead of setting boundaries according to what is authentic to them in real time, INFPs escape the outer reality into an inner fantasy land of infinite possibilities.

There’s one specific challenge that occurs here: relying solely on the inner world as a way of managing stress stops the INFP from building bridges between the inner and outer world. This causes a massive split in the INFP’s life, and can lead to feelings of loneliness, and a sense of disempowerment.

When an INFP reaches this point of split, the outer world starts feeling restrictive or suffocating, and freedom and sovereignty can only exist in the distractions of the inner world. This inner world freedom often takes on the form of stories – either the ones they make up or are found in books, movies, or repetitive board and computer games. This patterning of escaping into a story of infinite possibilities perpetuates the existing wounds and ironically stops the INFP from living authentically in the outside world. If unhealed, this kind of escapism can also lead to addiction and other obsessive compulsive behaviors.

The INFPs sovereignty and freedom in the outer world is tied into their level of consciousness regarding this tendency to split realities. In other words, the key is awareness of the inner and the outer worlds, as well as learning how to switch between the two. If these skills are not developed, the wounding and subsequent repetitive patterns will end up running the INFP’s life, knowingly or unknowingly.

As an INFP, if you wish to discover your own inner wounding, ask yourself if and when you are likely to exhibit one or more of the following:

These are just some challenges you may face as a wounded INFP. If these patterns are not understood and accepted, they will unconsciously continue to run your life leaving you feeling enslaved to the world. Allowing these wounds to run your life will result in a lack of authentic direction and purpose, and can make you feel overwhelmed and out of control.

All these wounding patterns develop early in childhood, usually in the imprint period, and a lot of these pain points can be traced back to life events of a very specific flavor. Here are some examples of how thes pain points may have come about:

It’s not all bad news, though! Many have overcome these pain points to live a happy, authentic, and meaningful life.

David, one of my INFP clients struggled with the scarring of his childhood. David was the only male in the family, as his father had walked out on them. He was the constant target of his mother’s resentment regarding his father. As the pattern deepened, the mother became an unhealthy, manipulative, matriarchal figure of the family. She favored the girls categorically, holding David responsible for everything, including her own emotions and those of his sisters. David grew up resenting manipulative women. Having accepted that women were not safe to be around, he found it extremely difficult to find a mate that would love him unconditionally. The trust issues had been there from the very start of his life, and at some point David felt that it would just be easier to give up on the hope of a truly loving partner. Thankfully, with our inner parenting work, he persevered. He didn’t give up on his dream of a solid, creative, and loving family life where he could express himself freely and feel like he was a part of a proactive team. His dream girl arrived soon after he claimed his sovereignty and began living authentically according to his dreams.

Maria, another one of my INFP clients, had a very deep seated fear of being abandoned. This fear of abandonment came as the result of a strict father who had demanded much of her. She learned very early in her life that if her father’s demands were not met, he would withdraw his presence. As a result, Maria learned to gain her father’s presence and approval by performing at a certain level. This wound led to a cycle of perfectionism and exhaustion. In her early 20s Maria was diagnosed with adrenal exhaustion, and she was showing signs of clinical depression. Realizing that she could never possibly perform well enough to maintain the masculine presence at all times, she had effectively lost all her power and hope for a brighter future. I met Maria when she was 24. She worked through the INFx Unveiled course material and the first thing she recovered was her sense of hope. Soon after, she started feeling clear emotions again. And within 6 months of doing this work consistently, she had gained enough strength and clarity to start doing something for herself. She began submitting articles for online magazines. Now, 4 years later, she has written 2 books and is a regular contributor to magazines on and off line. Not only did she find herself again, she found her strong, beautiful, revered voice.

If you can relate to anything you have read so far, here are some action steps you can take right now to bring you the freedom, voice, and sovereignty you have been searching for:

Share286
Pin2K
Tweet
Share
2K Shares
Patterns and Causes of INFP Wounding2016-06-222020-07-20//personalityhacker.com/wp-content/uploads/logo-dark.pngPersonality Type and Personal Growth | Personality Hackerhttps://personalityhacker.com/wp-content/uploads/personalityhacker.com_INFP_Wounding.jpg200px200px
About
Merja Sumiloff
Merja Sumiloff is an internationally celebrated high-performance mentor and relationship strategist, who has a unique capacity to see patterns within and across modalities. Her profound ability to use her painful past as a light for others, and her tender but no-nonsense approach are precisely what makes her work so leading edge, and able to transform the lives of so many. She is the creator of INFx Unveiled and The Healing Power Of Inner Parenting: The Four People Within, healing programs designed to teach people how to heal themselves through inner child work and self knowledge. For more information on Merja’s current projects, visit Merja Sumiloff Project.
Showing 61 comments 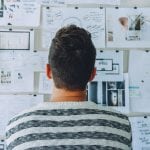 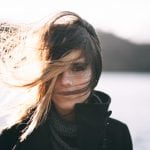