Teaching Your 3-Year-Old Function to Help Out 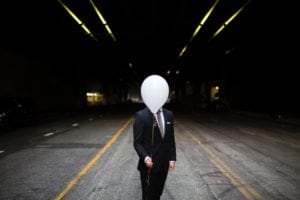 The 3-year-old process – also called the inferior function or blind spot – is supposed to be the weakest part of our cognitive function stack. Logically, it would seem like it would be easy to control or suppress and shouldn’t cause issues in everyday life. Why, then, do we sometimes find it being “naughty”?

Whether or not we are consciously using a function, it is running. We cannot turn them off any more than we can turn off our right foot by focusing on drawing a tree. Since it is always running, the 3-year-old process frequently spots and wants to point out information of value. For instance, a 3-year-old Extraverted Intuition (“Exploration”) might realize that a new route to work could be more efficient even while the driver process, Introverted Sensing (“Memory”), plows on because the highway has been established as the best way to get there. The Driver process has so much connection to the consciousness that it frequently and reflexively suppresses the 3-year-old, just like a parent telling their child that they know best.

Henry is an INTP. His driver process is Introverted Thinking (“Accuracy”), and his 3-year-old process is Extraverted Feeling (“Harmony”). Henry and his mom talk on the phone regularly, and his mom has come to respect his knowledge of science and frequently asks about it to engage him. Something that has come up recently is that Henry’s mom does not think that quantum mechanics makes sense. She believes it is inconsistent and it only exists to try to disprove God. Henry patiently explains to his mom how quantum mechanics works, in an effort to educate her and give her the information that he knows will help her understand. Whenever they talk, Henry pushes his mom to listen more and understand because it’s an interesting, cohesive theory. Every time, his mom gets more and more frustrated and reactive. Henry’s Harmony function keeps tugging on his shirt saying “I don’t think you should push this!” but Henry’s Accuracy function knows that this theory is right and wants his mom to understand. Over time, tension and passive-aggression enter the phone calls until his mom starts calling less frequently. Henry can’t figure out what happened! The calls were always interesting to him. If Harmony could have been heard from the beginning, the tension never would have crept into the relationship.

This tantrum is called the “Inferior Grip.” A typically interested, outgoing, Exploration person (ENxP) might find herself wanting to curl up in a blanket and eat comfort food. A frequently giving, people-oriented Harmony person (ExFJ) might find himself stuck in his own head, paralyzed into inaction and argumentative. We find ourselves giving our 3-year-old TV time, candy, and new toys in the hopes that he will calm down so we can finally just lay on the sofa and relax.

How can we prevent this “Grip” experience?

It requires a shift in the way we treat the 3-year-old. I can’t claim to have read every child-rearing book out there, but I’ve never seen one that says: “Keep your toddler quiet with brute force whenever possible. When you can’t, give her treats until she gets quiet again. Repeat this pattern indefinitely.”

If the 3-year-old function didn’t serve a purpose, we wouldn’t have it. It exists to balance out our dominant function by doing things that our Driver simply cannot do.What we want to do to work with our 3-year-old will vary greatly. Maybe an ISTP will want to utilize her Harmony function to learn how to be a perfect fur-mom for her puppy. Maybe an ISFJ will want to try out new kinds of food to help her lose weight and still enjoy her lunch at work. Maybe an INTJ will want to learn to experience each different instrument in a song to help him be a better DJ.

The name “3-year-old” can sometimes trip people up about the abilities of this function. It DOES learn at the rate of a 3-year-old, but it stays three years old for a very long time, unlike a 3-year-old human. If a toddler could stay at age 3 for 20 years, he could get really good at building Legos! Maybe we still wouldn’t trust him to drive the car, though.

There are some things that even a 3-year-old can do better than their parent.

What are the steps for integrating the 3-year-old?

Any system works best when all parts are contributing. Road trips are so much more fun when you’re playing “I Spy” with the kids compared to sitting in silence.

Share6
Pin12
Tweet
Share
18 Shares
Teaching Your 3-Year-Old Function to Help Out2017-07-182017-11-15//personalityhacker.com/wp-content/uploads/logo-dark.pngPersonality Type and Personal Growth | Personality Hackerhttps://personalityhacker.com/wp-content/uploads/personalityhacker.com_inferior-function-goodkind-1-5.jpg200px200px
About
Sam Goodkind
Sam is a chiropractor and coach living and working in Atlanta, GA. Sam's unique circumstance of profound childhood trauma combined with opportunity from exceptional parents, teachers, therapists, and a loving partner has led to a thirst to grow and lead others down the road of healing and regaining intimacy and trust. As an INFJ, trauma affected Sam deeply and he has dedicated his life to integrating his experience and sharing the teaching it has brought him.
Showing 11 comments 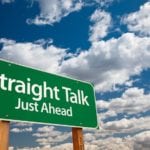 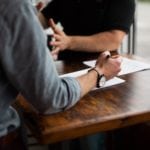