The following includes excerpts from the guide Unique Gifts by Personality Type.

I grew up in a deeply religious household that chose not to celebrate the holidays. When I became an adult and graduated from the religion of my youth it took me a few years to even recognize that holidays were something that were available to me.

The first year I celebrated Christmas was with my husband Joel’s family. Everything about it was both familiar and foreign, like stumbling upon an indigenous tribe in the middle of a ritual or ceremony. It took me another year or two to stop observing other people do Christmas and actually engage in it, myself.

We gave gifts in my family but only when the mood struck. There was no calendar expectation of gifts, so when I went shopping the first year for friends and new family members I realized it was hard. Being a greenhorn, I put more pressure on myself to get ideal gifts than anyone would have thought necessary. But it paid off – that first year I was rewarded with a lot of “Wow!” statements which I’m pretty sure were sincere. Four years later and my father-in-law still uses the first gift I gave him on a daily basis.

Hoping to make my life easier each subsequent Christmas, I created an algorithm for gift giving based on personality type (cause I’m like that). In the event I don’t find the perfect gift for, let’s say Joel, I reference back to the algorithm for help. It’s served me well for birthdays and Christmases.

Here’s the backbone of the algorithm I created:

How to Use Personality to Find the Perfect Gift

We have huge variances as people and we’re going to be shaped by our experiences, values, interests, socioeconomic status, culture, gender and context. That said, when we are of the same personality type a pattern will emerge regardless of other influencers. We’ll still be attracted to – and repelled by – certain things. Picking the perfect gift is a combination of knowing the individual, as well as accurately predicting the delight they’ll experience in the moment they open that gift.

Each Myers-Briggs type has four cognitive functions (or mental processes) that influence them the most in their lives. We illustrate the impact these four functions have by using a car. The dominant (or primary) function is the Driver, the secondary function takes on the role of the Co-Pilot. The tertiary function becomes a 10 Year Old (sitting directly behind the Co-Pilot) and the inferior functions takes on the aspects of a 3 Year Old (behind the Driver).

For more information on how the Car Model works please read the article, “Personality Development Tools: The Car Model.”

How the Car Model Helps in Gift Giving

We are so naturally attracted to things that delight our Driver process that it becomes tough to deny ourselves of those things. Once we truly understand our Driver process, we look around our house and see evidence of it everywhere. Most of our home furnishings, office décor, ‘toys’ and other accoutrements are all markers of our Driver.

That makes it tough to shop for someone else’s Driver process – whatever you have in mind, they probably have already bought it for themselves at some point! The exceptions to this are:

If your loved one falls under these two categories, then you have a ready-made solution: get them something that makes their Driver salivate!

On the flip side, we are naturally attracted to things that delight our Co-Pilot process, but we are far less self-indulgent with that part of us. These are things we really like, but tell ourselves we’ll get them ‘next time’. Giving a gift with the Co-Pilot process in mind is often a hit – it’s what they would have gotten themselves (only after they got all the things their Driver wanted).

If you noticed in the Car Model, the 10 Year Old isn’t all bad news. While this is a ‘childish’ part of us, as long as we’re not using it to make or inform major life decisions… being a kid is great! Kids are fantastic at playing and have a natural ability to create intimacy.

Giving a gift with the 10 Year Old process in mind is an unexpected surprise to the receiver. It shows you’ve been paying attention and know them more intimately than others. But be careful with this one! A gift for the 10 Year Old has to be either “age appropriate,” or it has to be a tool that makes their life easier. If the gift isn’t playful or stress-relieving, the person will think you don’t know them at all!

A gift that is targeted to the other person’s 3 Year Old process is an art form. It can be done, but it takes a lot more thought and intention. It’s like shopping for a toddler while knowing an adult will be judging the result. If you get it right, this will really wow them – they’ll think you’re a mind reader and wonder how you ever thought of it. If you get it wrong, they might think they picked up a present intended for someone else. Only give presents for the 3 Year Old part of them using a lot of discretion. And I’d add: only for the intimates in your life. You’re going to want to know them well in all areas of their life, not just their Myers-Briggs Genius Style.

For people in my life that get frequent gifts, my algorithm is to focus on the Co-Pilot and 10 Year Old processes.

My husband Joel is an ENFP. I’m an ENTP. That means we both use Exploration (or, Extraverted Intuition) as our Driver functions, so if there’s something calling to our Exploration process… we’re probably just going to get (or do) it, or we’re already saving up for it. We don’t need a special occasion.

So, my ‘algorithm’ for giving him gifts is this:

For Christmas, he gets something for his Co-Pilot.

For birthdays, he get something for his 10 Year Old.

We tend to spend more money on Christmas gifts than birthday gifts, which is why I’ve allocated his Co-Pilot to that occasion. Last year for Christmas I bought him a glass drafting table/desk. This gift fell in the sweet spot of delighting both his Co-Pilot Authenticity (or, auxiliary Introverted Feeling) and his 10 Year Old Effectiveness (or, tertiary Extraverted Thinking) as a tool to facilitate both art and work.

Finding the Right Gift for Your Loved Ones

When you know the personality type of the person for whom you’re shopping, their cognitive function stack and basic gift ideas for those functions, you’re in a great position. I highly recommend using the gift-giving algorithm to make your life infinitely easier and help find that perfect gift.

The above includes excerpts from the guide Unique Gifts by Personality Type. If you’d like a little help in the process, I recommend picking up a copy. The book makes life easy by breaking down each type’s cognitive functions, which position in the car model they occupy, as well as basic gift ideas to get you headed in the right direction finding the perfect gift. 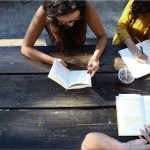