Developing the “Harmony” process as an INFJ 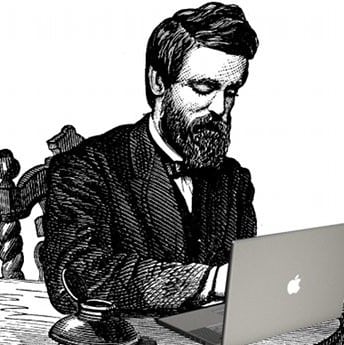 I recently received a question from one of our INFJ clients about developing the Harmony process:

“I am very keen on personal development and very interested in developing my co pilot, Extraverted Feeling, “Harmony.” Struggling to understand how I develop this to a skill. I find that I learn quite well from examples and then practice them in everyday life. (I am a dentist and just wondering how I can practice this skill in my job and day to day life). Any examples or advise would be welcomed.”

That’s a GREAT question, and VERY high leverage for an INFJ personality type.

The INFJ type is easily the most sensitive of all the types. And by ‘sensitive’ I mean in the “ESP” sense. Whenever I’m profiling a person and suspect they may be an INFJ I ask, “Do you unconsciously absorb other people’s emotions?” And they generally respond with “all the time.”

This is usually considered a curse to most INFJs and they develop a couple of strategies to deal with it.

First, they retreat to their 10 yr old process of Accuracy to create some psychological distance from other people. If you’re constantly picking up other people’s emotions – and those people happen to be negative, angry, or depressed – running to a mental process that turns everything a little cold and analytical (which Accuracy does) is a nice reprieve.

Unfortunately, this also encourages the INFJ to be judgmental of others, since that’s a good platform for gaining distance.

The other most common strategy is to go to an overly people-pleasing demeanor. Using this strategy, the INFJ becomes eternally long-suffering and puts their wishes dead last. The goal is to make sure everyone else feels good all the time – if you’re going to be picking up their emotions, may as well make sure their emotions are always happy and chirpy.

Unfortunately, the INFJ now loses themselves in their relationships, unsure who they are or what they want until it’s too late.

When an INFJ develops the skill of Harmony they learn three things:

1) When getting everyone’s needs met, you as an INFJ are part of “everyone.” Making sure you’re getting your needs met is equally important (if not more!) as getting others needs met. You can’t run on fumes all the time, and you can’t heal others if you’re perpetually sick.

2) Well-developed Harmony understands the need for and how to establish boundaries. Harmony is the process we use to create and maintain unspoken social contracts. Contracts are designed to know each others expectations and honor them (if we agree with them, of course). Build the skill of knowing your boundaries and creating contracts around them. That means you’ll have to communicate them to the people in your life, make sure they fully understand them and agree to them. In a moment where you feel taken advantage of or ‘thrown under a bus’, ask yourself which of your boundaries has been broken and if it was you or the other person that broke it.

3) You are not only on the receiving end of approval/disapproval – you also give approval/disapproval. Retreating to Accuracy for an INFJ is almost always a defensive strike. They believe they are being judged or attacked in some way, and they run to Accuracy to ‘prove’ to themselves that it’s actually the other person at fault. So the interaction goes: I feel disapproved, so I’m going to disapprove of you. When an INFJ understands they aren’t on the receiving end of approval/disapproval – meaning, they aren’t just victims to other people’s opinions – they are far less likely to react in kind. They are also less likely to see a single behavior or painful emotion as ‘the person’. (Accuracy has a tendency to dehumanize other people when not used well, and INFJs use Accuracy to judge the entire person in a dehumanizing way. Makes sense – if the person isn’t a human, they can’t foist their icky emotions on to me.) Instead, when an INFJ knows they have the same power as everyone else to give approval/disapproval, they take each behavior on its own terms and keep the humanity of the other person. “I don’t like how that person is behaving” is a very different story from “I don’t think that person is a good person.” This also keeps the INFJ from being reactionary, but instead they are responsive to these small triggers. They control their judgments instead of being controlled by them.

If you’d like more information on how to develop Harmony as a skill, I highly recommend the program “Your Personality – An Owner’s Manual.”

Share104
Pin26
Tweet
Share
130 Shares
Developing the “Harmony” process as an INFJ2013-07-182016-06-22//personalityhacker.com/wp-content/uploads/logo-dark.pngPersonality Type and Personal Growth | Personality Hackerhttps://personalityhacker.com/wp-content/uploads/questions-from-readers.jpg200px200px
About
Antonia Dodge
Antonia is an author, thought leader, coach, trainer, systems thinker, and personality profiling expert. As the co-owner and Lead Trainer of Personality Hacker, she oversees all the training programs and content that Personality Hacker produces to help people "hack" their personal growth journey and create more happiness in their lives.
Showing 43 comments 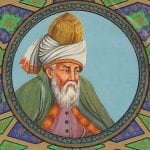 The Way Out Is Through – 13 Quotes that Can Change Your Life, Part IIIGrowth, Personality Hacker Blog 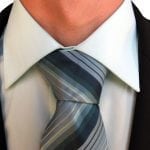 “Effectiveness” as a Decision-MakerPersonality Hacker Blog, Terms and Definitions