What’s the REAL difference between “Introverts” and “Extraverts?” 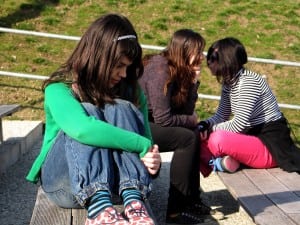 When you distill it down to its essence, the actual difference between Introverts and Extraverts is this: for Introverts, the inner world is the ‘real world’. For Extraverts, the external world is the ‘real world’. This is why Introverts will pause slightly before they speak, as if they’re making sure their words first resonant internally before they put it out ‘to the world’. Extraverts are the opposite – they’ll often speak while they’re thinking, as if hearing it outside of themselves helps them determine the value or truth of their own statement.

So, how does this impact their relationship with people? Not everything in the external world is going to resonate with the complex internal world of the Introvert. In fact, much of the world does not.  Introverts are put in the position of constantly filtering information and calibrating it to what they know to be true internally. This can be quite taxing after a while, and time to themselves becomes a necessary reprieve.

The exception to this is when an Introvert makes space for another person in that ‘inner world’. This is most commonly seen when they mate or develop an extremely tight bond. That other person no longer is at odds with the ‘internal world’ as they have their own place there. It’s been reported by Introverts that they could actually spend all their time with that person, and usually feel lonely when that person is away.
On the other hand, Extraverts feel the most ‘at home’ when they are interacting with their environment. As a general rule, variety is stimulating and the more people they come in contact with, the more interesting it all is. Too much time to themselves leaves them bored and restless, and they need to interact with their environment to ‘recharge’. This doesn’t always require people – simply going for a walk, getting out-and-about or studying interesting things can be enough.

We all make places for special people inside of ourselves. As Extraverts are charged and fueled by the variety of their environment, if they spend too much time with a single person it can almost begin to feel like being alone. Intending no insult to their loved one, they can become restless and want to ‘get out into the world’ with or without that person accompanying them. Introverts, gun-shy from years of having to ‘calibrate’ to the outside world, can become bashful and protective of their energy. Extraverts, realizing other people are full of new information and energy can become extremely social to pursue that energy. But each person is unique, and how the two frames of mind exhibit themselves can be nuanced.

For example, Introverts can become ‘pontificators’ – people who take control of the conversation and its subject. Instead of calibrating to the outside world, they attempt to force the outside world to calibrate to their ‘inner world’. In these situations, doing all the talking avoids a back-and-forth conversation that quickly wears on the Introvert. An alternative example is the Extravert who is very aware of, and can fear, approval and disapproval of others. Since that is the ‘real world’, disapproval feels like an objective evaluation, and a resulting shyness can come over the Extravert that dearly wants to be social.

Each of us experience life differently, and we develop a variety of strategies to get us through life. When it comes down it, however, an Introvert is happiest when life is resonating with how they feel on the inside, and an Extravert is happiest when they can explore the outside world to their heart’s content.

There is an approximately 50/50 split in the population between Introverts and Extraverts. 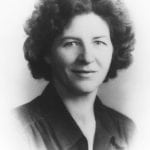 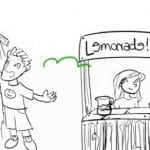 How are “Sensors” and “Intuitives” Different?Personality Hacker Blog, Terms and Definitions