In this episode Joel and Antonia talk about Human Sexuality and Society.

Spend this week cutting yourself some slack for your preferences! 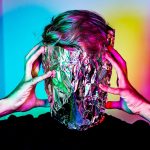 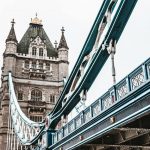